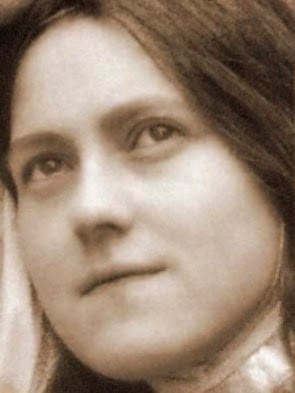 St. Therese of Lisieux records in her autobiography, Story of a Soul, an interesting story from her early childhood. She writes about a dream she had when she was around three or four years old that involves two little devils.

I remember a dream I had at that age, which left a very deep impression: I was walking alone in the garden when suddenly I saw two horrible little devils near the arbor, dancing on a barrel of lime with amazing agility, in spite of having heavy irons on their feet. They looked at me with flaming eyes, then, as if overcome by fear, threw themselves in the twinkling of an eye to the bottom of the barrel. They escaped in some mysterious way and ran off to hide in the linen room, which opens onto the garden. When I saw how cowardly they were, I put my fears aside and went over to the window to see what they were up to. There the little wretches were, running round and round the table, and not knowing how to escape my gaze. From time to time they came nearer, still very agitated, to peep through the window; then, when they saw I was still there, they began racing about again in abject misery.

St. Therese never really understood the dream until later on in life, when its meaning became clear. She explains, “I do not suppose this dream was very extraordinary, but I do think God made use of it to show me that a soul in the state of grace need never be afraid of the devil, who is such a coward that even the gaze of a child will frighten him away.”

This reflects a simple truth that even an exorcist would agree with. The most effective way to combat the influence of the devil is to live a virtuous life, united to the sacraments. When someone is in a state of grace and remains grafted onto the Lord, he or she need not fear the devil, who will run away from them like those two little devils.

St. Therese’s story reinforces the words of Jesus, who said, “Truly, I say to you, unless you turn and become like children, you will never enter the kingdom of heaven” (Matthew 18:3).

Jesus was not saying that we should become “childish” in our behavior, but instead that we should have the pure heart of a child, who lovingly trusts his merciful Father. With that type of child-like faith, even Satan himself would hide from us, unable to stand our purity. 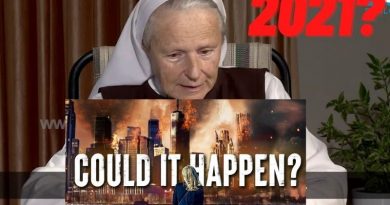 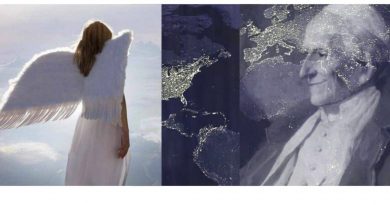