(RIP) Is there such a thing as a “Miracle prayer” – Fr. Mary Rookey Believes there is.

Lord Jesus, I come before you just as I am.  I am sorry for my sins.  I repent of my sins, please forgive me.  In your name I forgive all others for what they have done against me.  I renounce satan, the evil spirits and all their works.  I give you my entire self, Lord Jesus, now and forever.  I invite you into my life, Jesus.  I accept you as my Lord, God and Saviour.  Heal me, change me, strengthen me in body, soul and spirit.

Mary, my mother, Queen of Peace, St. Peregrine, the cancer saint, all you Angels and Saints, please help me.  Amen.

Fr. Peter Mary Rookey, O.S.M. (October 12, 1916 – September 10, 2014) was a Servite Friar in the Roman Catholic Church.[1] Rookey was widely believed to have had the charism of healing, and spent a good part of his priesthood in that ministry.

Born in Superior, Wisconsin, on October 12, 1916. Rookey grew up in a family of thirteen. At the age of eight he was blinded by a Fourth of July firework. After about a year, his sight gradually began to improve, which Rookey credited to his mother leading the family in praying the rosary each evening after dinner “until little Peter’s eyesight returns”.[2] On September 8, 1930, at the age of thirteen, he entered the Servite seminary. Rookey professed solemn vows on November 1, 1938 and was ordained a priest on May 17, 1941,[3] at the Servite Our Lady of Sorrows Basilica in Chicago. It was then he adopted the middle name of “Mary”.[4] Rookey was fluent in seven languages.[5]

Rookey served as Assistant Master of Novices, at Mt. St. Philip in Granville, Wisconsin, and then as assistant pastor at Assumption Parish in Portland, Oregon. He helped expand the Order to Ireland where he served from 1948 to 1953 as assistant master and then prior at Benburb Priory.

At Benburb, Rookey began the common Catholic practice of blessing people after mass. It was in Benburb that it was first reported that people experienced healing when Rev. Rookey prayed for them, unbeknownst to the young priest. Hundreds attended healing services held there. Asked about this, Rookey would say: “It is God’s work, not mine – He does all the healing, I just pray.”[2] The priest’s popularity did not escape his superiors’ attention, who took a very conservative position when it came to miracles such as healing. From 1953 to 1959 he was the Servite general consultor in Rome.

In the early 1960s Rookey served as the administrator of the Servite Catholic College of Louvain in Belgium and as a parish priest in Düsseldorf, Germany for several years[3] until assigned to the Ozark missions in Missouri from 1967 to 1984 when he returned to Chicago to begin the second phase of his healing ministry.


Peter Rookey was founder and director of The International Compassion Ministry (ICM) from 1986 until his death. In a 1994 Chicago Tribune interview Rookey said, “I say, use doctors and medicine when you are sick, but you also must pray. Because God gives the same wisdom to doctors that he gives to priests.”[4]

Rookey died in his sleep just short of his 98th birthday, on September 10, 2014 at Our Lady of Sorrows Monastery, Chicago, having been a priest for 73 years.[2] Interment was in the Servite Section of Queen of Heaven Cemetery, Hillside, Illinois. 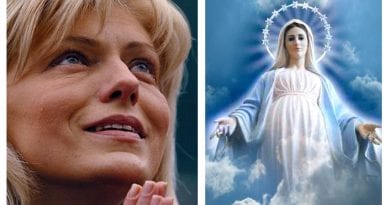 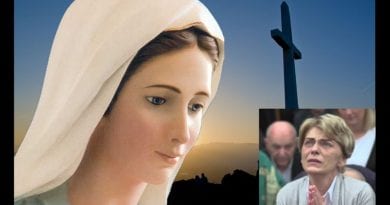 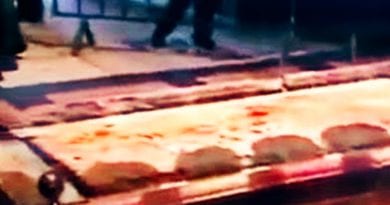 One thought on “Is there such a thing as THE “Miracle prayer” ?- Fr. Peter-Mary Rookey Believes there is.”

I captured this video of the sun strongly pulsating during Mirjana’s monthly apparition to Our Lady on July 2, 2019.