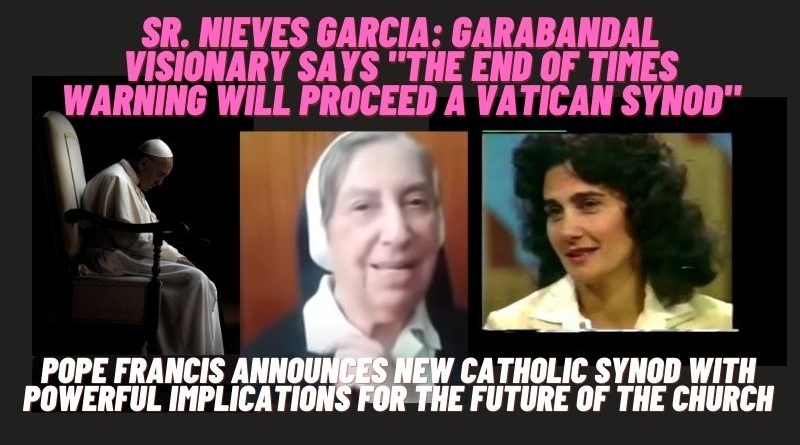 Visionary Conchita has said that the secrets of Garabandal would begin to unfold following a “Vatican Synod.”

On October 10, 2021 Pope Francis announced a two year project for the Catholic Church called “For a Synodal Church: Communion, Participation and Mission.” This synod will run from 2021 to 2023.

The Vatican project is characterized as an opportunity to change the Church’s power dynamics and give a greater voice to lay Catholics, including women, and people on the margins of society. Conservatives view the synod as a dangerous break from traditions.

INTERVIEWER: Mother Nieves Garcia, you have some information about the prophecy from Garabandal regarding the Synod that will precede The Warning. Can you tell us more about that?

MOTHER NIEVES GARCIA: Yes, during the apparitions, the Virgin told Conchita that before the future events occur, a Synod will take place, and important Synod.

Then Conchita told the story to her aunt. The aunt asked her: “Do you refer to Council?” Because that was the time of Second Vatican Council.

Conchita told her aunt: “No, the Virgin didn’t say Council, She said Synod, and I think Synod is a small council.”

It is impossible for a 12 year-old girl without any knowledge and culture to talk about Synod that didn’t exist and we didn’t know at that time, and in addition she defined the Synod as a “small council”.

I have heard this from Father Rafinel, and he heard it from Father Pesquera who wrote some of the first books about Garabandal apparitions.

He discussed that with Professor Lacques Serre who works at Paris-Sorbonne University and he decided that Synod as a pre-Warning.

Professor wrote him many letters in which he also described that as a “pre-Warning”.

MOTHER NIEVES GARCIA: For the Glory of God and love of the Virgin. 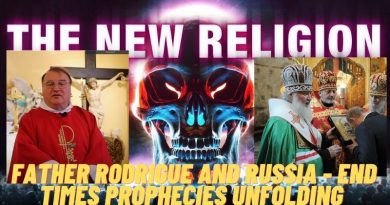 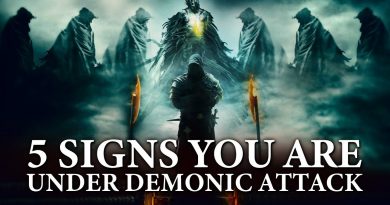 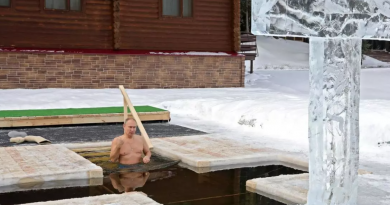 Therefore, my children, do not wander, do not close your heart before that truth, hope and love. Everything around you