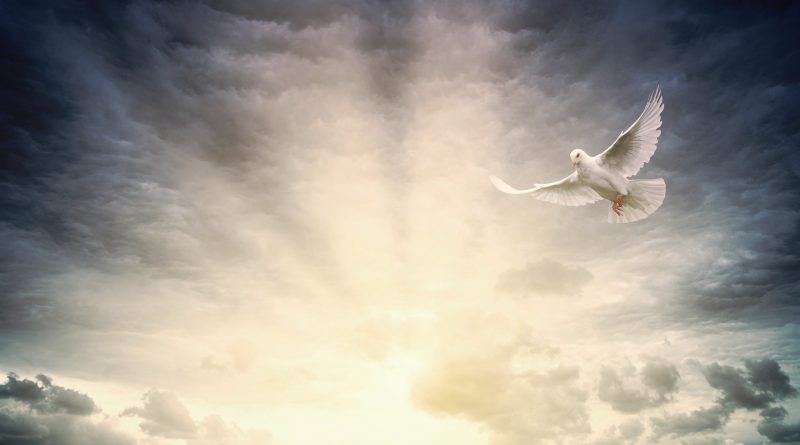 Another insightful teaching which comes from the Servant of God, Louisa Piccarreta, is that related to charity.

In her work The Book of Heaven, Louisa writes the following:

While my soul would dissolve in the immense sea of Hope, my beloved Jesus would come back and speak to me about Charity, telling me: “Faith and Hope give way to Charity, and Charity connects all the rest of the other two together, in such a way as to make them one, while they are three. And here is how, oh my spouse, the Trinity of the Divine Persons is concealed in the three theological virtues.” Then He continued: “If Faith makes one believe, and Hope makes one hope, Charity makes one love. If Faith is light and serves as the sight of the soul, and Hope, which is the nourishment of Faith, provides the souls with courage, peace, perseverance and all the rest – Charity, which is the substance of this light and of this nourishment, is like that most sweet and fragrant ointment which, penetrating everywhere, relieves and soothes the pains of life.

Charity makes suffering sweet, and makes one reach the point even of desiring it. The soul who possesses Charity diffuses fragrance everywhere; her works, all done out of love, give off a most pleasing odor. And what is this odor? It is the odor of God Himself. The other virtues render the soul solitary and almost unrefined with creatures; Charity, on the other hand, being substance that unites, unites the hearts. But where? In God. Being a most fragrant ointment, Charity spreads everywhere and with everyone. Charity makes one suffer the most ruthless torments with joy, and one reaches the point of not being able to be without suffering. And when she see herself deprived of it, she says to her spouse Jesus: “Sustain me with the fruits, which is suffering, because I am languishing with love; and where else can I show You my love other than in suffering for You?” Charity burns, consumes all other things, even the virtues themselves, and turns them all into itself. In sum, it is like a queen who wants to reign everywhere, and does not want to surrender to anyone.”

Charity integrates and unifies both faith and hope. The virtue of charity is powerful because it enables us to love. Charity is the essence of the light of faith and the nourishment of hope. In it lies the real, the courage, peace and perseverance of the soul. Charity, as the sweetest and most fragrant ointments, perfumes the soul. In a nutshell, charity penetrates every situation, relieves and soothes the suffering person from the life pains s/he is experiencing at the moment.

Charity gives a sweet taste to suffering and convinces one to suffer in order to love for the person s/he loves. Charity dilutes her fragrance in each and every place. Her works are not only transformed by the love she offers but also exude from themselves the most pleasing odor of God who is love. The virtue of charity unites the heart in God. Charity is the most excellent school for sacrificial love given in joy. She also infuses in those who practice is the ardent desire to desire the harshest kind of suffering being suffered out love. Charity incorporates all the other virtues and render them her very self. She is the queen of all other virtues because she aspires to reign in every situation without being ruled by others.

As St Thomas Aquinas writes in his Summa Theologiae: Virtue is ordered to the good, as stated above (I-II:55:4). Now the good is chiefly an end, for things directed to the end are not said to be good except in relation to the end. Accordingly, just as the end is twofold, the last end, and the proximate end, so also, is good twofold, one, the ultimate and universal good, the other proximate and particular. The ultimate and principal good of man is the enjoyment of God, according to Psalm 72:28: “It is good for me to adhere to God,” and to this good man is ordered by charity. Man’s secondary and, as it were, particular good may be twofold: one is truly good, because, considered in itself, it can be directed to the principal good, which is the last end; while the other is good apparently and not truly, because it leads us away from the final good. Accordingly it is evident that simply true virtue is that which is directed to man’s principal good; thus also the Philosopher says (Phys. vii, text. 17) that “virtue is the disposition of a perfect thing to that which is best”: and in this way no true virtue is possible without charity.

Keep me, O God, from pettiness; let me be large in thought, in word, in deed. Let me be done with fault-finding and self-seeking. May I put away all pretense and meet everyone face to face without self-pity and without prejudice. May I never be hasty in judgment and always generous. Let me take time for all things. Make me grow calm, serene and gentle. Teach me to put into action my better impulses, straightforward and unafraid. Grant that I may realize it is the little things of life that create differences and that in the big things of life we are one. And, O Lord God, let me not forget to be kind! 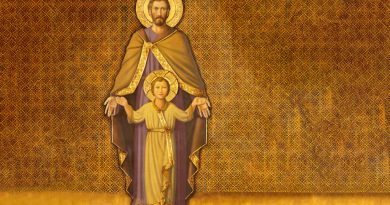 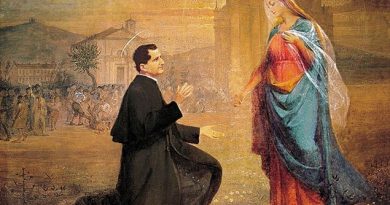 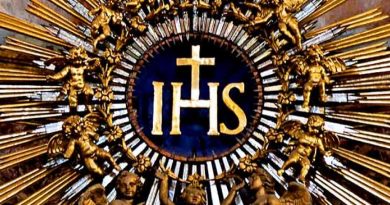 Father Livio Condemns False Rumors: “Our Lady of Medjugorje is not against the vaccine!”