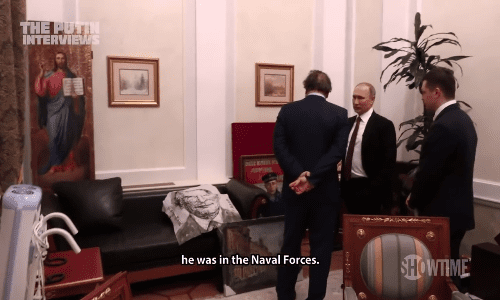 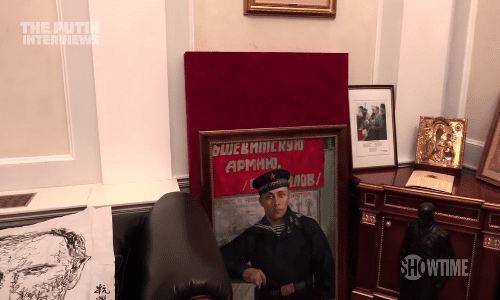 6. It’s Totally Cool to Be Gay in Russia, Right?
It isn’t until the second episode that Stone raises the specter of one of Russia’s most persistent human rights problems: Its treatment of its LGBTQ citizens. According to Putin, Russia doesn’t engage in “any restrictions, any persecutions” of homosexuals, which is demonstrably untrue: A sweeping anti-gay law that Putin signed in 2013 places restrictions on distributing LGBTQ “propaganda” to minors, an act vaguely defined enough to allow for sweeping buy ativan no rx discrimination. Though he does eventually acknowledge the existence of this law, Putin’s defense is that hey, at least it’s not as bad as the death penalty. Um, pretty low bar? He insists that it’s a matter of holding up “traditional values” and birth rates, because “God has decided.” When Stone asks if Putin would be comfortable sharing a shower with a gay man in a military submarine, the president laughs and says: “Well, I prefer not take a shower with him. Why provoke him? But you know, I’m a Judo master and a SAMBO master as well.” Nope, no homophobia to see here. Move along. 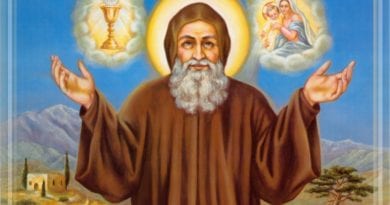 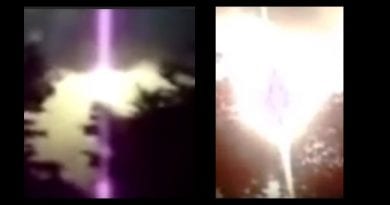