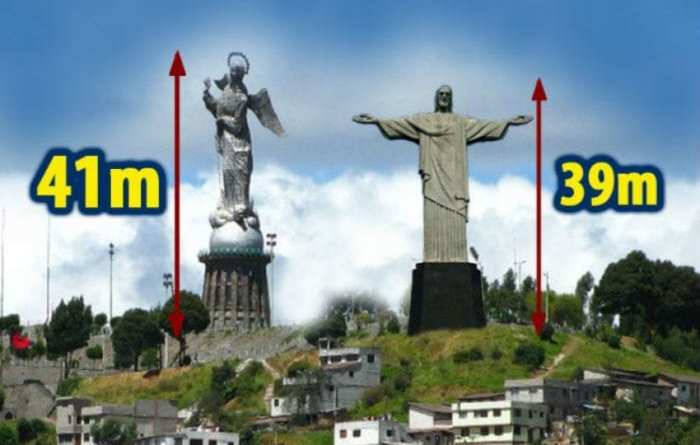 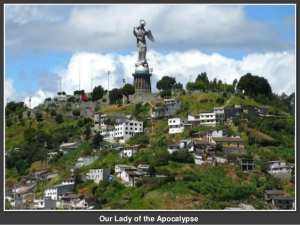 It seems impossible, but in the world there is a statue of the Virgin Mary that exceeds the height of Christ the Redeemer of the Corcovado, in Rio de Janeiro.

Have you ever heard of the Virgin of the Apocalypse?

It is a truly gigantic statue found in Ecuador. It is 30 meters high, which, added to the base of the basement, reaches a height of 41 meters! So it becomes in effect the highest aluminum statue in the world. 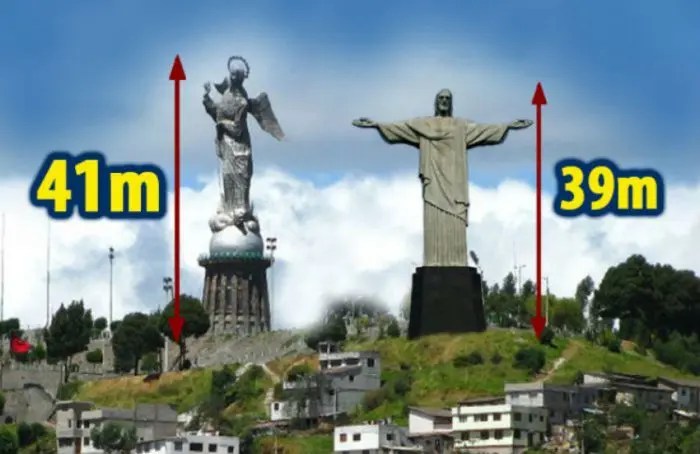 The famous statue of the Christ of the Corcovado, considered one of the wonders of the modern world, measuring 2 meters less: 39 meters!

The statue was built in 1975 with 7,400 pieces of aluminum brought by the Spanish Agustín de la Herrán Matorras. It is a copy of the Madonna of Quito, also known as the Virgin Alata or Apocalyptic, a work dating back to the 18th century by Bernardo de Learda and located in the main altar of the church of San Francesco di Quito.

The statue in question instead is located on the hill of El Panecillo, more than 3000 meters above the sea level. As you can see from the images you can see the figure of Mary above the world while crushing the head of the serpent, which represents the devil. 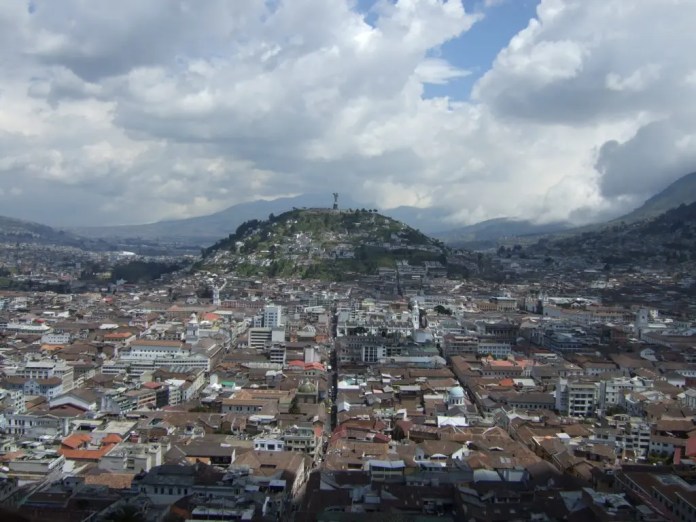 The crown of the Madonna is composed of 12 stars, namely the 12 Apostles and the 12 Tribes of Israel. 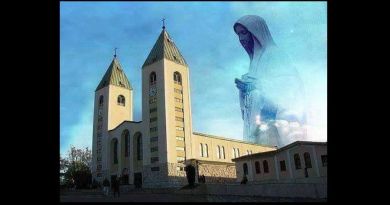 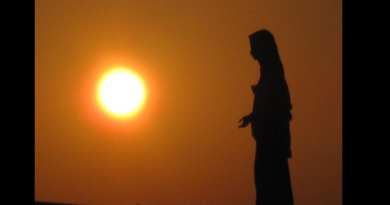 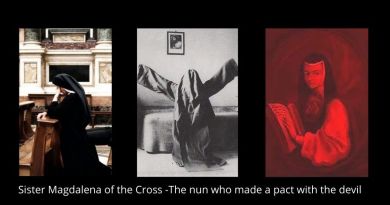 Sister Magdalena of the Cross – The devil’s saint for 40 years …The renowned Franciscan nun who made a pact with Satan.

The heavenly Mother does not stop, for a single moment, to take care of her children, as she took care

Fatima: The little-known apparition of August 19th…”The sadness of the face of Our Lady and what she desires from us.”