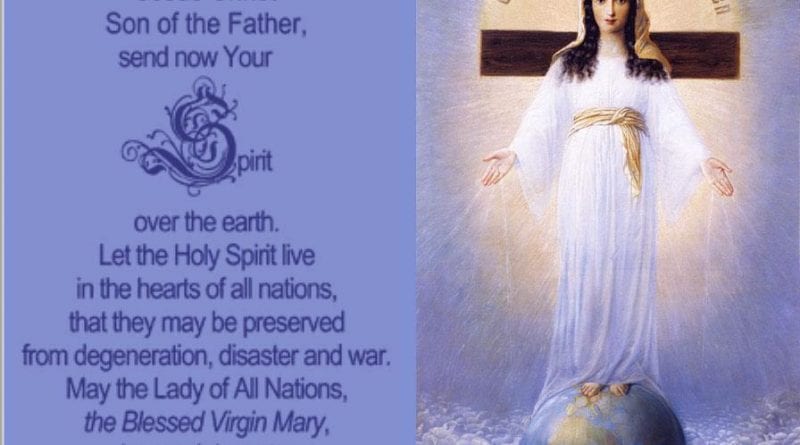 By Dr. Mark Marivalle  Mother of All People 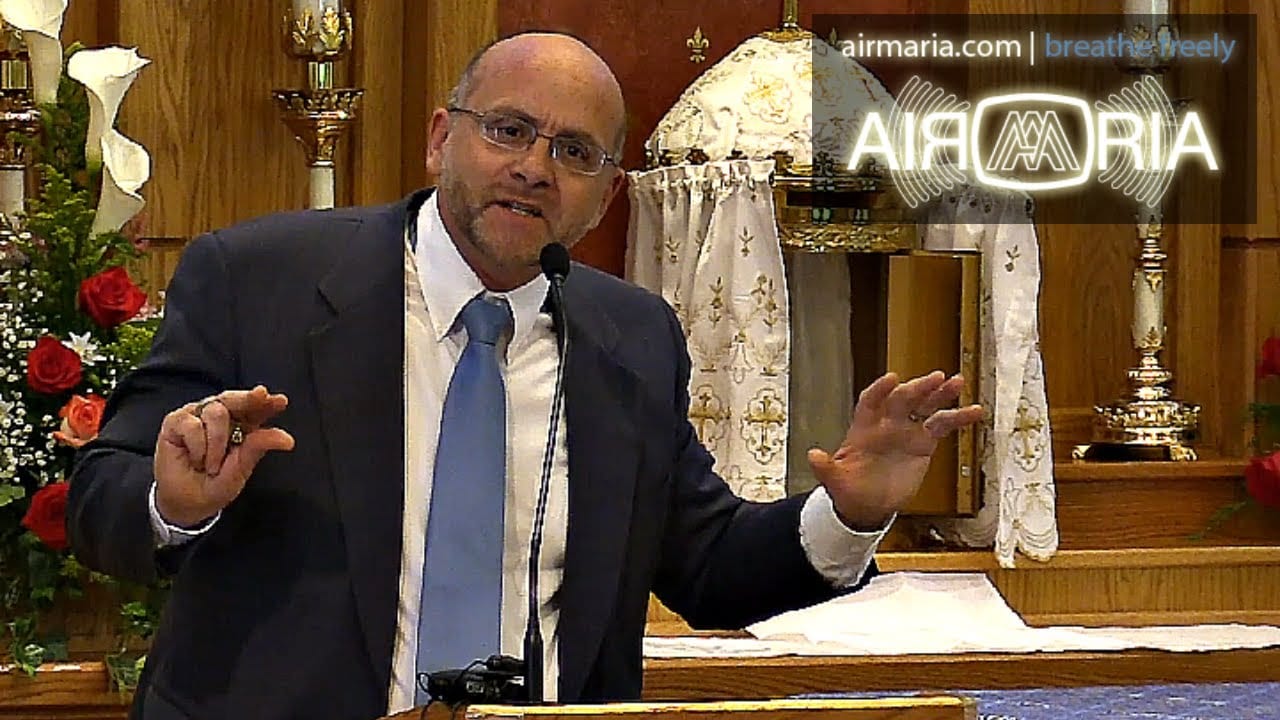 The popes of Catholic Church, based on Scripture and Tradition, have officially taught over the course of centuries that the Virgin Mary, Mother of Jesus, is also the Spiritual Mother of all peoples.  Mary performs this role as spiritual mother to humanity in three basic ways.

First, Mary consented to be the Mother of Jesus (Lk 1:38), and thereby by her “fiat” or “yes” brought Jesus, the divine Redeemer, into the world (Lk 2:7).  Mary also shared in the suffering of her Son, as was prophesied by Simeon, that her heart too would be “pierced” (Lk 2:35).  At Calvary, Mary’s motherly heart suffered in union with her crucified Son, and she offered her suffering in union with that of Jesus to the Heavenly Father for the redemption of the world (Jn 19:25-27).  For this role, Mary is called by the Church the “Co-redemptrix” or female co-redeemer with Jesus.  As Pope Saint John Paul II explained, “Crucified spiritually with her crucified Son….her role as Co-redemptrix did not cease with the glorification of her Son” (L’Osserv. Rom., March 11, 1985).  Mary is the mother who spiritually suffers for her earthly children.

Secondly, Mary is the mother who spiritually nourishes her earthly children by dispensing the graces of salvation. As she did at the Wedding of Cana (Jn. 2:1-10), Mary intercedes to bring the graces of Jesus to all of humanity.  As she “mediated” or interceded to bring Jesus himself, the Source of all graces, into the world (Lk 1:38; Lk 2:7), Mary is appointed by Jesus himself at the climax of his redeeming sacrifice on the cross to become the spiritual mother of all peoples and to dispense to humanity the graces of Jesus, when he says to Mary, “Behold, your son” (Jn. 19:26). Jesus then tells John, and all those who seek to become beloved disciples of Jesus, to “behold your Mother”(Jn. 19:26).  For this role of dispensing the saving graces of Jesus to her earthly children, Mary is called the “Mediatrix of all graces.”  As Pope Saint John Paul II explained, “Mediatrix is implicit in the term, Mother.” (L’Osserv. Rom., Oct. 1, 1997).

Thirdly, Mary brings the needs of mankind to the throne of Christ.  She is the principal intercessor on behalf of her earthly children, and as Queen, she has the greatest possible intercessory power to Jesus, the King of the Kingdom of God, for humanity’s needs.  In the Old Testament, the Queen Mother of the King had the greatest power of intercession to her son, the king in the line of David, on behalf of the Jewish people (1 Kings 2:19).   In the New Testament, Mary is the new Queen Mother who give birth to the “King of Kings” (Lk 2:7), and is crowned as the Queen and Advocate in the Kingdom of God (Rev 12:1-6), becoming the greatest intercessor for  the people of God to Christ the King. For this role of interceding for humanity, Mary is called the “Advocate”, her most ancient title, dating back to the 2nd century (St. Irenaeus, Adv. Haer.V).

Up to this point in history, the Church has proclaimed four “dogmas” or solemnly pronounced doctrines about the Virgin Mary: 1) that Mary is the Mother of God (Council of Ephesus, 431); 2. that she is a Perpetual Virgin (Lateran Council, 649); 3) that Mary was conceived without original sin, or her “Immaculate Conception” (Bl. Pius IX, 1854); and 4) that she was assumed body and soul into heaven, or her “Assumption” (Pius XII, 1950).  The last major doctrine about Mary is her role as Spiritual Mother of all peoples under its three motherly aspects as Co-redemptrix, Mediatrix of all graces, and Advocate, which is already the official teachings of the popes, or the “Papal Magisterium.” What then would be the benefit of a solemn proclamation of a “fifth dogma” of Mary’s spiritual motherhood by the Holy Father?

The proclamation of Mary’s Spiritual Motherhood by the Pope would satisfy God’s condition of never forcing grace upon us.  The Holy Father’s free acknowledgement and solemn announcement of Mary’s roles would allow her to fully enact these motherly roles of intercession on behalf of humanity.  The titles of Co-redemptrix, Mediatrix of all graces, and Advocate are actually her spiritual functions for the human race, and when the highest human authority in the world freely proclaims these Marian titles, it will, in a certain sense, “free” or release Mary to fully bring into action these motherly functions of grace for the world in their greatest possible capacities.

The proclamation of the Dogma of Mary Co-redemptrix, Mediatrix, and Advocate by the Holy Father will enable the Mother of Jesus to shower the world with a historic outpouring of grace, redemption, and peace in a new and dynamic way—an event which Marian apparitions like Fatima refer to as the “Triumph of the Immaculate Heart of Mary.”

In the 1910’s, Cardinal Mercier of Belgium began a petition movement to the Holy Father for the papal definition of Mary’s universal mediation.  In the early 1920’s, St. Maximilian Kolbe added his voice for the solemn definition of Mary as Co-redemptrix and Mediatrix of all graces.  As was the case in the movements leading up to the last two papal definitions of Mary’s Immaculate Conception and Assumption, millions of petitions from cardinals, bishops, clergy, religious and the lay faithful the world over have been sent to the Holy Father in support of this solemn dogmatic proclamation of Mary’s spiritual motherhood.

One thought on “With the Church in Crisis is it now time for the “Fifth Marian Dogma”?”