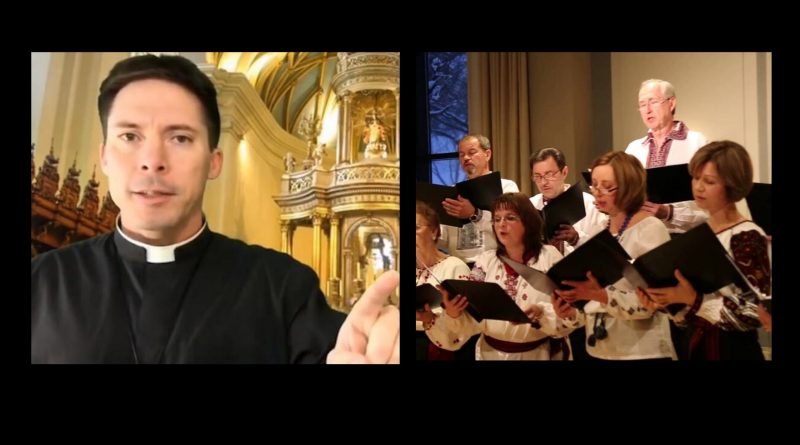 With the coronavirus quickly spreading in Washington state in early March, leaders of the Skagit Valley Chorale debated whether to go ahead with weekly rehearsal.

The virus was already killing people in the Seattle area, about an hour’s drive to the south.

But Skagit County hadn’t reported any cases, schools and businesses remained open, and prohibitions on large gatherings had yet to be announced.

On March 6, Adam Burdick, the choir’s conductor, informed the 121 members in an email that amid the “stress and strain of concerns about the virus,” practice would proceed as scheduled at Mount Vernon Presbyterian Church.

“I’m planning on being there this Tuesday March 10, and hoping many of you will be, too,” he wrote.

Sixty singers showed up. A greeter offered hand sanitizer at the door, and members refrained from the usual hugs and handshakes.

“It seemed like a normal rehearsal, except that choirs are huggy places,” Burdick recalled. “We were making music and trying to keep a certain distance between each other.”

Nearly three weeks later, 45 have been diagnosed with COVID-19 or ill with the symptoms, at least three have been hospitalized, and two are dead.

The outbreak has stunned county health officials, who have concluded that the virus was almost certainly transmitted through the air from one or more people without symptoms.

“That’s all we can think of right now,” said Polly Dubbel, a county communicable disease and environmental health manager.

In interviews with the Los Angeles Times, eight people who were at the rehearsal said that nobody there was coughing or sneezing or appeared ill.

Everybody came with their own sheet music and avoided direct physical contact. Some members helped set up or remove folding chairs. A few helped themselves to mandarins that had been put out on a table in back.

Experts said the choir outbreak is consistent with a growing body of evidence that the virus can be transmitted through aerosols — particles smaller than 5 micrometers that can float in the air for minutes or longer.

The World Health Organization has downplayed the possibility of transmission in aerosols, stressing that the virus is spread through much larger “respiratory droplets,” which are emitted when an infected person coughs or sneezes and quickly fall to a surface.

But a study published March 17 in the New England Journal of Medicine found that when the virus was suspended in a mist under laboratory conditions it remained “viable and infectious” for three hours — though researchers have said that time period would probably be no more than a half-hour in real-world conditions.

One of the authors of that study, Jamie Lloyd-Smith, a UCLA infectious disease researcher, said it’s possible that the forceful breathing action of singing dispersed viral particles in the church room that were widely inhaled.

“One could imagine that really trying to project your voice would also project more droplets and aerosols,” he said.

With three-quarters of the choir members testing positive for the virus or showing symptoms of infection, the outbreak would be considered a “super-spreading event,” he said.

Linsey Marr, an environmental engineer at Virginia Tech and an expert on airborne transmission of viruses, said some people happen to be especially good at exhaling fine material, producing 1,000 times more than others.

Marr said that the choir outbreak should be seen as a powerful warning to the public.

“This may help people realize that, hey, we really need to be careful,” she said.

The Skagit Valley Chorale draws its members from across northwest Washington and often sells out its winter and spring concerts at the 650-seat McIntyre Hall in Mount Vernon.

Amateur singers interested in choral music tend to be older, but the group includes some young adults. Last year, Burdick worked some hip-hop into one number.

The next big performance on the group’s schedule was in late April, peak tourist season, when the annual Skagit Valley Tulip Festival attracts more than a million people to view brilliant hues in meadows surrounding Mount Vernon. 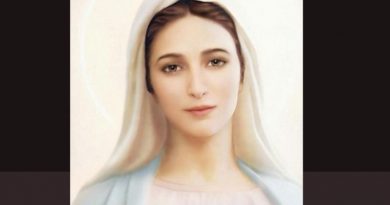 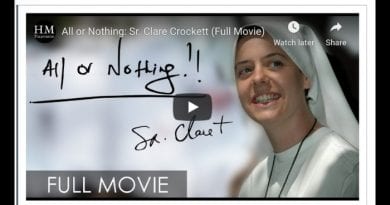 Source: PinterestS Johno Prascak lives in Pittsburg has been commissioned by the George H.W. Bush Library and other well-known people.

St. Michael the Archangel to Luz de Maria de Bonilla on November 1st, 2021: Beloved People of Our King and

With a Christmas still particularly difficult, due to the pandemic in progress all over the world, the expectation is greater

Incredible!! ? Thank you so much for sharing such a beautiful prayer Father Mark. I had never heard of