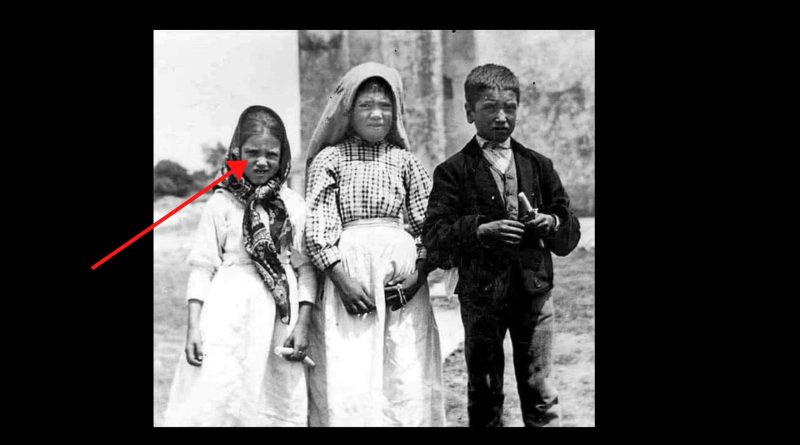 Devotion to Our Lady of Fatima

Picture of the Three children of Fatima, Immediately after seeing the Vision of Hell

Our Lady told the Children, “Sacrifice yourselves for sinners and say many times, especially when you make some sacrifice: `O Jesus, it is for Thy love, for the conversion of sinners and in reparation for sins committed against the Immaculate Heart of Mary.”

Lucia Santos then narrates what happened next:

“She opened Her hands once more, as She had done the two previous months. The rays [of light] appeared to penetrate the earth, and we saw, as it were, a vast sea of fire. Plunged in this fire, we saw the demons and the souls [of the damned]. The latter were like transparent burning embers, all blackened or burnished bronze, having human forms. They were floating about in that conflagration, now raised into the air by the flames which issued from within themselves, together with great clouds of smoke. Now they fell back on every side like sparks in huge fires, without weight or equilibrium, amid shrieks and groans of pain and despair, which horrified us and made us tremble with fright (it must have been this sight which caused me to cry out, as people say they heard me). The demons were distinguished [from the souls of the damned] by their terrifying and repellent likeness to frightful and unknown animals, black and transparent like burning coals. That vision only lasted for a moment, thanks to our good Heavenly Mother, Who at the first apparition had promised to take us to Heaven. Without that, I think that we would have died of terror and fear.”

Our Lady then gravely spoke these words:

“You see Hell, where the souls of poor sinners go. To save them God wishes to establish in the world the devotion to my Immaculate Heart. If they do what I will tell you, many souls will be saved, and there will be peace… But if they do not stop offending God… He is going to punish the world for its crimes by means of war, of hunger, and of persecution of the Church and of the Holy Father.” 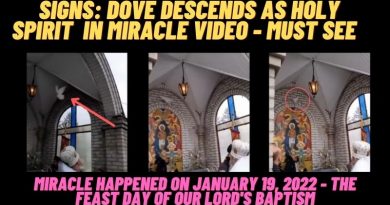 There’s something you don’t see everyday. A Priest on a Bike. Very cool , God bless you , stay safe