END OF THE WORLD fears are on the rise as Christian evangelists and doomsday preachers predict brimstone and fire will signal the imminent return of Jesus Christ.

Doomsday prophets who await the Second Coming of Christ, have bizarrely claimed biblical signs of prophecy are unfolding. Paul Begley, a preacher and online personality from West Lafayette in Indiana, US, is a chief purveyor of claims the end of the world is approaching. Pastor Begley, who hosts The Coming Apocalypse series on US TV, frequently links modern-day events to biblical prophecies.

He has now claimed a green fireball over Australia is yet another sign of the coming end times.

Pastor Begley said: “The meteorites are flying over our heads everywhere now.

“It’s starting to happen guys. Mike from the Around the World said it would.

“But here’s the deal, a mysterious green fireball racing over the sky in Australia, in the outback, shocking some people about one o’clock in the morning, this morning, in Australia.

“It was incredible and it was very neon green, but it’s exactly what Mike from Around the World said was going to happen.”

Mike from Around the World is another conspiracy theorist who often features in pastor Begley’s broadcasts and who believes natural cosmic phenomena are signs of the end times.

Together with pastor Begley, the duo interprets eclipses, asteroid flybys, meteor showers and earthquakes among others, as signs of the end days.

“So it’s very important that people realise in the last days the Bible talks about brimstone and fire falling from the heavens, and the Earth is going to be going through a lot.

“The heavens are shaking and quaking, the Earth is going to be shaking.

“Volcanic eruptions, earthquakes, megaquakes, tsunamis, cyclones, typhoons, strong monsoons, Blood Moons, pontoons – all of it’s going to be happening in these end times and I don’t think people are ready.

“I know they’re not ready for the signs in the heavens.”

However, despite the firebrand preacher’s doomsday claims, there is no reason to believe Earth is experiencing any unusual increase in cosmic activity.

According to the US space agency NASA, the fireballs like the one seen over Australia are very frequent.

Between 1994 and 2014 alone, NASA has recorded more than 550 small asteroids streaking across our skies.

There is also no indication an asteroid is going to hit our planet within the next few hundred years.

The US space agency said: “NASA knows of no asteroid or comet currently on a collision course with Earth, so the probability of a major collision is quite small. 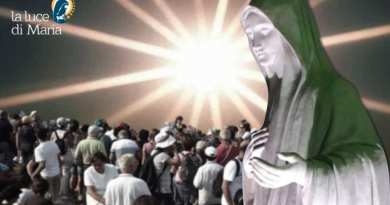 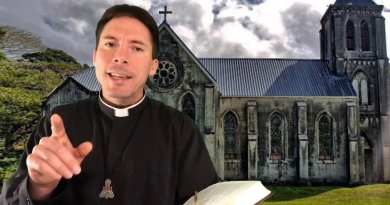 Some Catholics call this the greatest conversion story of Modern Times: Atheist Harvard Professor Converts After Virgin Mary Appears to him in Apparition

Apostles of the Sacred Heart Jesus Published on Aug 31, 2016 Join in the Carpool Karaoke fun–Apostle-style! Check out the

Archbishop Viganò: Our Lady warned of ‘great apostasy’ in Church followed by risk of World War III The mysterious statue from Medjugorje may have revealed the future of the world.

Pilgrimage to Medjugorje August 27th – September 5th, 2019 “A spiritual journey of a lifetime”