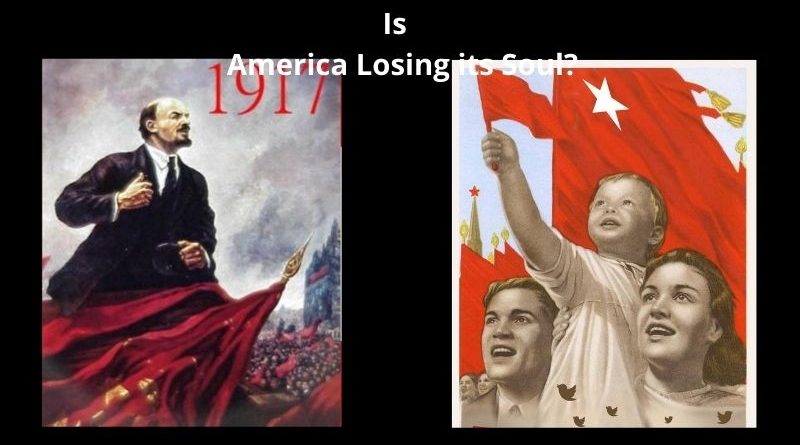 Astable society is made up of people who largely agree on certain “self-evident truths.”  Now, it may be that these common beliefs are not truly self-evident, the way for example the proposition “the whole is greater than any of its parts” is self-evident.  But they are felt to be self-evident.  Almost nobody doubts them.  And if you are one of those rare persons who do doubt them, people will think you’re at least very odd and perhaps even dangerous.  They may wish to punish you for your dissent.  They may even wish to put you to death.

For most of human history these taken-for-granted beliefs have been the result of a slow and largely spontaneous growth.  But in the twentieth century the Communist Party (CP) in the Soviet Union demonstrated that it was possible to manufacture a social consensus suddenly and intentionally.  (Something very similar happened in Nazi Germany).  In the USSR, all organs of propaganda – newspapers, magazines, publishing houses, movies, radio, TV, schools, colleges, universities, and more – were controlled by either by the CP or by the state, which was in turn totally controlled by the CP.  Only messages approved by the CP got access to the general public; all political dissent was effectively silenced.

Of course the official propaganda didn’t persuade everybody.  But in the absence of counter-propaganda it persuaded vast numbers of people.  As for the unpersuaded, they were usually prudent enough to shut their mouths.  And if they were so imprudent as not to, they were either shot or sent to the Gulag.

This exact thing cannot happen in the United States since we are not a one-party state and we value freedom of speech, thought, press, and religion.  Largely on account of our Protestant heritage, we value the right of private judgment; in other words, the right to dissent, to think for ourselves.

But if the Soviet (or Nazi) model cannot exist here, something very like it can – and does. Let me call it the Great Progressive Propaganda Machine (GPPM).  It is made up of a number of apparently independent elements: (1) the mainstream journalistic media, both print and electronic; (2) the entertainment industry: movies, TV, popular music; (3) our leading colleges, universities, and law schools; (4) most of our public schools; (5) liberal Protestant and Jewish denominations; (6) the Democratic Party.

The propaganda message put out by this GPPM is so well co-ordinated that some people believe there is a conspiratorial command-and-control apparatus lying behind the whole system.  I myself don’t believe this, but I’m not surprised that many do.  It certainly gives the appearance of being controlled from behind the scenes.

And what is the content of the propaganda that the GPPM disseminates among the American public, especially among the younger generations thereof?

How many Americans actually believe the items on this list of GPPM doctrines?  Well, most persons who earn their living within the GPPM are believers, or at least half-believers – though no doubt a few merely pretend to believe in order to keep their jobs.

Further, most young persons (ages 17-29) believe, especially young persons who aspire to being “cool.”  Many corporate executives, especially executives of really big corporations, either believe the items or have no objection to them; for if they were to object their businesses would be subject to public denunciation and perhaps even boycotts.  Better to “buy protection” by agreeing with the doctrines and contributing money to the cause.

As for the remainder of the American population – most of us are intimidated.  Like anti-Communists in Russia (and anti-Nazis in Germany), we have decided that discretion is the better part of valor.  We’ve decided to shut up and mind our own business.

But as millions learned under Communism and Nazism, cowardice – sooner or later – won’t protect you.

© 2020 The Catholic Thing. All rights reserved. For reprint rights, write to: [email protected]The Catholic Thing is a forum for intelligent Catholic commentary. Opinions expressed by writers are solely their own. 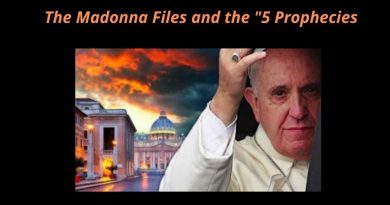 Medjugorje: A Modern Prophecy Unfolding Today that Holds the Secret of America’s Future – The Madonna Files and the – “The 5 Prophecies” 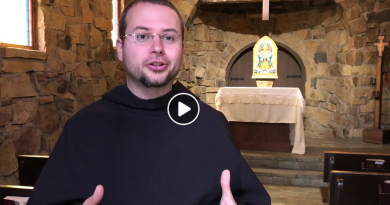 God created man for eternal life. We are all invited to eternal salvation, and the Holy Mother explicitly tells us