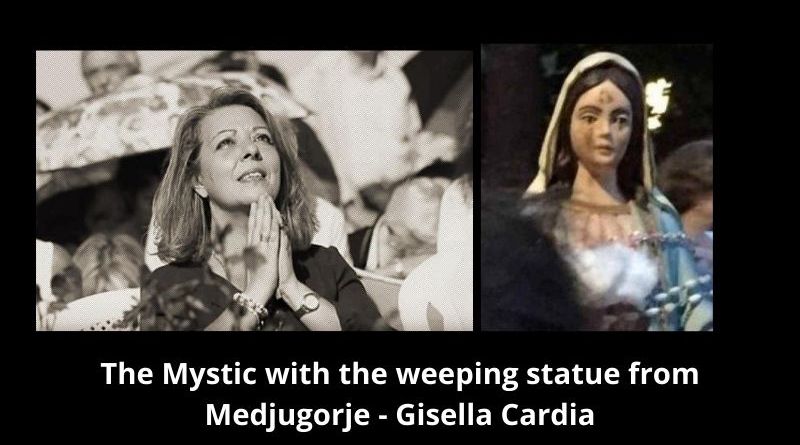 TREVIGNANO ROMANO, Italy (CNS) â€” An Italian woman who claims to regularly experience supernatural visions said Mary told her in September 2019 that a new disease would soon emerge from China.

â€œPray for China, because new diseases will come from there, all ready to infect the air by unknown bacteria,â€ wrote Gisella Cardia in a message she alleges came from Mary.

On the third of every month, hundreds of Italians flock to Trevignano Romano, a small town 30 miles from Rome, to pray the rosary with Cardia. The gathering takes place in an open field atop a cliff overlooking Lake Bracciano. A blue cross and large, encased statue of Mary are the focal points of an array of lawn chairs and benches to accommodate pilgrims.

During the rosary Aug. 3, shortly after 3 oâ€™clock in the afternoon, Cardia knelt and looked skyward. She briefly wrote in a notebook and, at the conclusion of the rosary, shared with the crowd the message she claims to have received in ecstasy.

Some pilgrims took photos and videos of the sun, which they said was moving and pulsating.

Cardia says she receives messages not only on the third of the month, but regularly throughout each day. Hundreds of the supposed messages, which Cardia claims she had been receiving directly from Mary or Jesus since April 2016, areÂ publishedÂ on the website of the Association of Our Lady of Trevignano Romano.

The 121-word message that Cardia says refers to the coronavirus was dated Sept. 28, 2019. CatholicÂ NewsÂ Service was unable to verify that the message was actually posted on that date.

Mary spoke in September about an â€œunknown bacteria,â€ or, as Cardia now says, a â€œâ€˜virus that would arrive from Chinaâ€™ â€” after a few months it arrived. Itâ€™s never long before what (Mary) says comes to pass.â€ 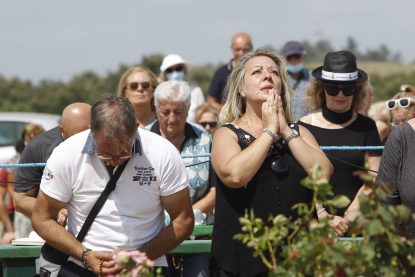 Many of Cardiaâ€™s messages underline the imminence of the End Times and predict earthquakes, pestilences and wars. She says that the messages are intended to heighten awareness of the reality of evil and sin and to call for the conversion of sinners, primarily through the recitation of the rosary.

Capuchin Father Flavio Ubodi, author of â€œI Will Dry Your Tears,â€ a compendium of the messages to Cardia, identifies same-sex marriage and abortion among the present-day evils for which humanity must repent.

â€œThe messages are always asking for conversion and prayer; they are not different from those of Fatima or Lourdes or other places,â€ Cardia told CNS.

Judging the credibility of an apparition is the task of the local bishop, according to normsÂ publishedÂ by the Congregation for the Doctrine of the Faith.

Since Trevignano Romano is located within the Diocese of Civita Castellana, the job of determining the credibility of the apparitions to Cardia falls to Bishop Romano Rossi. 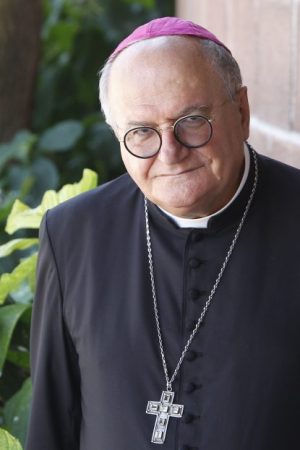 Bishop Romano Rossi of Civita Castellana speaks to a reporter July 31, 2020, outside a church in Anguillara Sabazia, Italy. The bishop said that though he has not yet set up a formal commission to evaluate the credibility of the apparitions to Gisella Cardia, he is following the alleged supernatural messages and evaluating both their content and spirit. (CNS photo/Robert Duncan)

â€œIâ€™m not going to make myself the Torquemada of the situation,â€ he said, referring to Tomas de Torquemada, the Spanish Inquisitionâ€™s first chief inquisitor. â€œWe need time. If it comes from men, it will end; if it comes from God, it will grow. Weâ€™ll see.â€

â€œObviously, Iâ€™m in touch with my superiors in Rome about these things,â€ he added.

Gaining the churchâ€™s approval can take a long time; visionaries and witnesses must be questioned, and the fruits of the apparitions â€” such as conversions, miracles and healings â€” must be examined. The church may even wait more than 100 years before judging an apparition as being â€œworthy of belief.â€

According to the norms, the local bishop should set up a commission of experts, including theologians, canonists, psychologists and doctors, to help him determine the facts, the mental, moral and spiritual wholesomeness and seriousness of the visionary, and whether the message and testimony are free from theological and doctrinal error.

â€œI am studying the spirit of the messages,â€ Bishop Rossi said, adding that he is looking for â€œthe proclamation of grace and not of judgment.â€

The bishop also said that while he was pleased to let the pilgrims use a church for their recitation of the rosary, he would be happier if more of the pilgrims came to Sunday Mass. â€œIt would be a completion â€” not just saying, â€˜We are a group that requests a meeting place,â€™ but â€˜We are children of God who want to sit at the table with our other brothers and sisters.’â€

Cardia says her life has been transformed since the apparitions began in 2016. She no longer works but stays at home 24 hours a day, in part because her claims have been rejected by the local townspeople.

Mornings are for housework, but in the afternoon, Cardia receives guests who come for spiritual guidance and hope for a personal message from Mary delivered through the alleged visionary.

The Association of Our Lady of Trevignano Romano is run by Cardiaâ€™s husband, Gianni, who has believed in the veracity of his wifeâ€™s visions from the beginning.

The association accepts donations for the maintenance of the field it owns and where the apparitions allegedly occur. During the coronavirus lockdown, a large gate and fence were added to supplement a video surveillance system, which Cardia said is necessary to prevent vandalism. The field is open regularly, however, for anyone who would like to visit and pray.

On Aug. 3, Cardia and her husband unveiled an artistâ€™s rendering of a large sanctuary structure she said Mary would like to be built on the field, along with a promise that a source of miraculous healing water would be revealed later, for which a well would be needed.

The projects, however, are on hold because of local building restrictions.

Michele Fiore said he has been coming to Trevignano Romano from southern Rome for years both for the deep experience of prayer and because the apocalyptic themes of the messages help him make sense of current events in the world.

â€œIf (Mary) were not with us,â€ Fiore said, â€œI would feel really not only abandoned but really scared because of what is happening now.â€

A woman who identified herself as a hermit named Sister Patrizia said she learned of the apparitions to Cardia while suffering an illness in her Tuscan hermitage.

â€œI discovered that truly in these latter times the Mother of God comes to us personally,â€ she said Aug. 3 in Trevignano Romano. â€œThe Mother of God and the Lord speak and prepare us for extraordinary events.â€

Cardia said Mary has revealed to her that the COVID-19 pandemic will flare up strongly in the fall, that the current low rates of infection in Italy are a â€œmomentary illusionâ€ and that â€œeverything will come back worse than before; itâ€™s just a pause.â€

Asked about that prediction, Bishop Rossi said: â€œOne would have a 50% chance of guessing correctly.â€ 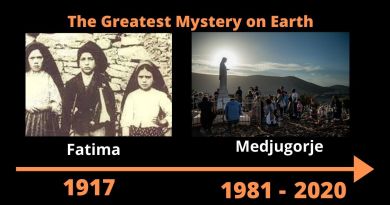 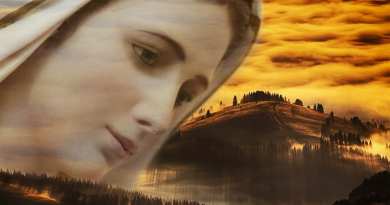 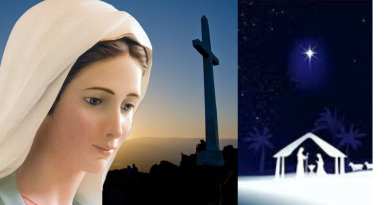 Thanks to the faith of a parish priest and his people a tsunami was stopped The 2010 tsunami , which hit the

Sacred Scriptures of the Bible, Medjugorje, and the 40 Days of Warnings.