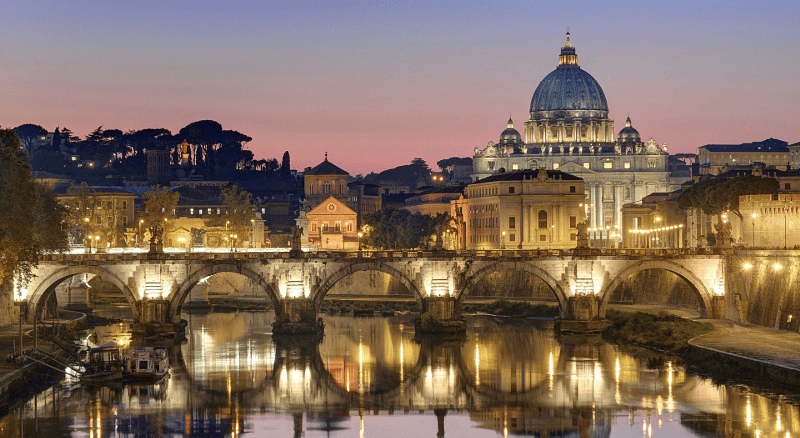 Pope Francis returned to the topic of immigration Monday, insisting that migrants have an obligation to respect the laws of their host country as well as its cultural identity.
Those who are welcomed, the Pope said in his yearly address to the Diplomatic Corps accredited to the Holy See, “must necessarily conform to the rules of the country offering them hospitality, with respect for its identity and values.”

Francis also recognized that it is not the place of the Vatican to try to tell nations how to fashion their immigration policies, or how many migrants to take in.

“The Holy See has no intention of interfering in decisions that fall to states, which, in the light of their respective political, social and economic situations, and their capacities and possibilities for receiving and integrating, have the primary responsibility for accepting newcomers,” he said.

While reiterating his frequent call for a welcoming attitude toward strangers in need, the Pope peppered his address with welcome dashes of realism as well as acknowledgement of the difficulties faced by nations overrun by immigrants.

In this vein, Francis recognized that not all migrants are “always guided by the best of intentions,” while also underscoring the primary responsibility of political leaders toward their own citizens.

“Leaders have a clear responsibility towards their own communities,” he said, “whose legitimate rights and harmonious development they must ensure, lest they become like the rash builder who miscalculated and failed to complete the tower he had begun to construct,” in reference to a biblical parable where Jesus warned against imprudence.

Welcoming migrants can entail “new and complex situations that at times compound numerous existing problems, to say nothing of resources, which are always limited,” Francis said.

As on other occasions, the pontiff counselled government leaders to cultivate the virtue of prudence, which will help them take practical measures regarding immigration “within the limits allowed by a correct understanding of the common good.”

In November 2016, Pope cautioned nations against taking in more immigrants than they could reasonably assimilate, suggesting that harboring unassimilated migrants can lead to a dangerous “ghettoization.”

During his press conference on the return flight from Sweden to Rome, the Pope said that people’s hearts should be open to migrants and refugees, but that political authorities need to exercise prudence so as not to allow more migrants into the country than can be reasonably integrated into the society.

Taking in more migrants than a nation can handle risks jeopardizing the reigning culture, as well as the good of citizens, Francis suggested.

“What is the danger when a refugee or migrant is not integrated?” he asked. “He is ghettoized, that is, he enters a ghetto. And a culture that does not develop in relation with another culture, that is dangerous,” he said.

The Pope was likely referring to a problem in Sweden due to rising numbers of mostly Islamic immigrants, which has resulted in the development of Muslim-controlled “no-go zones” where law enforcement fears to enter.

In his address Monday, the Pope explicitly recognized Italy as having shown “an open and generous heart and offered positive examples of integration” of migrants.

In dealing with its migrant crisis, Europe needs to reaffirm its own Christian roots and heritage, Francis insisted, which will help it strengthen its own culture.

“The arrival of migrants should spur Europe to recover its cultural and religious heritage, so that, with a renewed consciousness of the values on which the continent was built, it can keep alive her own tradition while continuing to be a place of welcome, a herald of peace and of development,” he said.

“Europe should be proud of this legacy, grounded on certain principles and a vision of man rooted in its millenary history, inspired by the Christian conception of the human person,” he said. 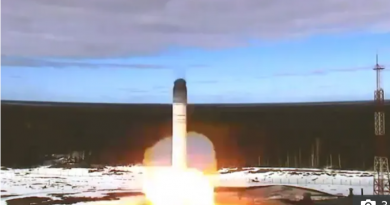 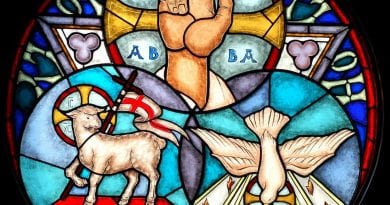 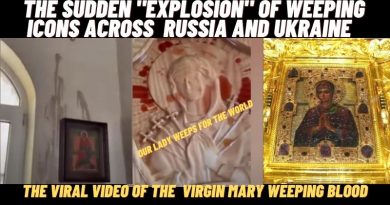 Originally Published in Italy https://www.unionesarda.it/articolo/cronaca_sardegna/2018/11/05/sinnai-l-odissea-a-lieto-fine-della-madonna-di-medjugorje-136-793446.html The statue of Our Lady of Medjugorje was stolen a few days ago from a

CONFUSING GLOBAL POLITICAL EVENTS, such as those happening in Syria and the Middle East cannot be understood properly without knowledge provided by the Virgin

Who does everything to make the Eucharist and the real Presence of Christ disappear among us? And he! Who sows a general

GospelJohn  7:40-53 Some in the crowd who heard these words of Jesus said, “This is truly the Prophet.” Others said,