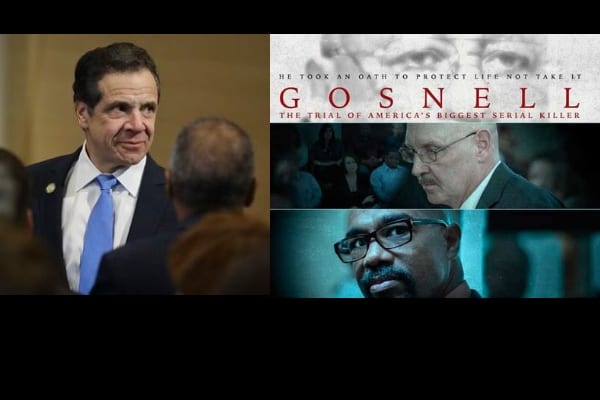 This article orginally appreared on TownHall.com

By Nick Searcy|
Nick Searcy is the director of the theatrically released feature film Gosnell: The Trial of America’s Biggest Serial Killer

“…I continue to feel optimistic of the eventual outcome…the vindication of what I’ve done, why I’ve done it and how [it] will become accepted within my lifetime.”

— Kermit Gosnell, after his conviction

On May 13, 2013, Dr Kermit Gosnell was convicted in Philadelphia of 3 counts of first degree murder for snipping, with scissors, the necks of infants who had been born alive, and 21 counts of felony late-term abortion, among other charges. His unlicensed staff members were convicted of “theft by deception” for performing medical procedures — abortions — for which they were untrained and unqualified. Stephen Massof, an unlicensed medical school graduate, pleaded guilty to two counts of third degree murder for snipping the spines of babies born alive according to Dr. Gosnell’s instructions. Many other members of his staff testified, in exchange for immunity, that they had participated in countless acts of “snipping.”

On Jan. 22, 2019, almost everything Gosnell and his staff did was legalized by the state of New York.

He was convicted of killing breathing infants that had already been born. It is now legal in New York to kill an infant that survives an abortion .

He was convicted of performing at least 21 late-term abortions past the legal limit of 24 weeks. It is now legal in New York to terminate a pregnancy up until the due date. In New York, there is no longer any such thing as a “late-term” abortion.

Gosnell has consistently maintained that he was innocent, ahead of his time, and would someday be exonerated. He was right. He was just a few years early and in the wrong city. The State of New York has just exonerated him.

I would bet that Gosnell is now in his prison cell preparing his appeal for when the State of Philadelphia follows suit and passes their own version of New York’s law.

Many of the people who saw the movie I directed about Gosnell have reached out to me over the past two days, saying the same thing I thought to myself:

“My God, they just legalized every horror he committed.”

And many have asked me, in horror, how can this be? How can there be raucous cheers in the state house of New York for a bill that legalizes the murder of a newborn baby? How have we come to this point?

We got here, “comrades,” because the Left’s ultimate goal is the devaluation of all human life, not just that of the unborn child. And it is time to face that.

Throughout the world history of the socialist/communist Left, they have invariably become murderous against their own citizens. Stalin’s USSR, North Korea, Mao’s China, Cuba, Cambodia — in every place where they have achieved total control, they have imprisoned and murdered their political opponents by the millions, and justified this mass murder and terror by:

1) declaring all dissenters to be enemies of the almighty state and therefore a threat to every “comrade,” and;

2) outlawing religion, denying any divine aspect to human life, and therefore removing any reason NOT to murder an enemy of the people.

The officials who passed this law in New York and then cheered like they had cured cancer would not have been able to do so if they believed that a human being is a creation of God. They have to believe that a human being is just a biological accident with no soul, no divine spark, no plan from Heaven, — and therefore possessing no inherent reason to be preserved.

The supporters of this law love to use the word “unwanted” because that grants them the power over life and death. To them, if a life is “unwanted,” it is worthless, and if there is no higher power than their assessment, then that is, chillingly, the end of it. By their logic, they are right. If there is no God with an interest in human life, and no eternal consequence for human actions, it would be weak, silly, and sentimental NOT to do away with a life that was “unwanted” — whether infant, octogenarian, or dissident in the prime of his/her life.

Kermit Gosnell argued that even Nick Searcy is the director of the theatrically released feature film Gosnell: The Trial of America’s Biggest Serial Killerif the infant he aborted was past the 24-week period, his judgment about it should be the ultimate authority in deciding its gestational age. HE was the Supreme Power. What the Left ultimately wants to acquire is the power over life and death at ANY age, and that is why they have decriminalized Kermit Gosnell.

And history shows that they will not stop there.

Nick Searcy is the director of the theatrically released feature film Gosnell: The Trial of America’s Biggest Serial Killer. He is also an actor who has starred in Academy Award winning movies such as The Shape of Water and Three Billboards Outside Ebbing, Missouri, and played Sheriff Art McMullen in the FX series Justified.

The Gosnell film has just been released on Video on Demand  www.GosnellMovie.comand can be preordered on DVD here https://amzn.to/2Ma2zNI