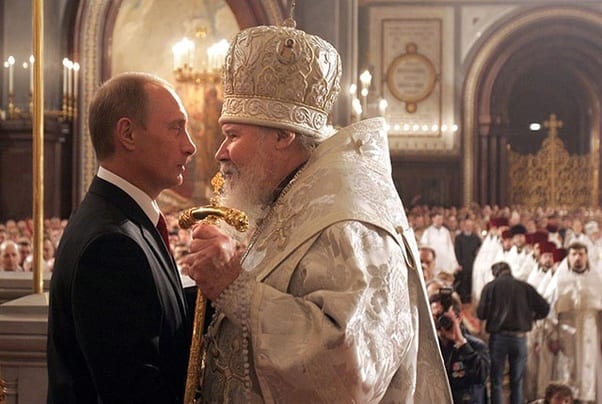 When Vladimir Putin rose to the presidency of Russia in 2000, he inherited the remains of a once-fearsome communist-atheist imperial state.

In the intervening 19 years, he has transformed Russia back into an imperial power with global ambitions. One of his key tools in that transformation has been the Russian Orthodox Church.

Putin often invokes the Russian Orthodox Church in his public speeches, giving the church a much more prominent place in Russian political life than under his predecessors. But these invocations hardly seem sincere in the religious sense. Rather, he has used the church to justify Russian expansion and to try to discredit the West’s influence in Eastern Europe.

Many conservative figures in America, including Pat Buchanan and Franklin Graham, have been attracted to Putin’s rhetoric, with its heavy emphasis on traditional Western-Christian values and its seeming rejection of the culture of “degradation and primitivism,” which Putin says has produced “a moral crisis in the West.”

The liberal Left continue to push their radical agenda against American values. The good news is there is a solution. Find out more >>

Putin has cleverly cast himself as a belligerent in the culture war. In doing so, he has appealed to some conservatives in America who have grown skeptical of the liberal democratic tradition inherited from the Enlightenment, which they believe contains the seeds of America’s spiritual and cultural demise.

Putin has set himself up as a defender of traditional morality—for instance, by opposing homosexuality, penalizing divorce, and supporting the “traditional family.” He loves to pose for photo-ops with the Russian Patriarch Kirill, and has even published calendars of himself featuring traditional liturgical celebrations.

But recent conflicts with Ukraine suggest that Putin’s public affinity for Christianity may have more to do with geopolitics than religious sincerity. After Russia annexed Crimea in 2014, Putin sought to justify his action by pointing to a shared religious and cultural history:

Everything in Crimea speaks of our shared history and pride. This is the location of ancient Khersones, where Prince Vladimir was baptized. His spiritual feat of adopting Orthodoxy predetermined the overall basis of the culture, civilization, and human values that unite the peoples of Russia, Ukraine, and Belarus.

Since the year 1686, the Ukrainian Orthodox Church had been under the jurisdiction of the Patriarchate of Moscow. But last October, the Ukrainian church announced that after 332 years, it was splitting with the Patriarchate of Moscow in an attempt to gain independence from Russia. This split was facilitated by Ukrainian President Petro Poroshenko and approved by the head of the Orthodox Church, the Ecumenical Patriarch Bartholomew, based in Turkey.

Yet the Russian Orthodox Church protested and said the split was illegitimate. It continues to maintain that the Patriarchate of Moscow holds jurisdiction beyond Russian borders into Ukraine and Belarus.

This religious split comes amid heightened political tensions between Ukraine and Russia, seen most recently in the arrest and subsequent detainment of 24 Ukrainian sailors by Russia last November.

Astonishingly, Putin blamed Ukrainian politicians for the church split, accusing them of “meddling” in the church’s affairs and dismissing the Ukrainian church’s departure as a “secular political project.” He then positioned Russia as somehow a defender of religious freedom, saying, “We reserve the right to react and do everything to protect human rights, including the freedom of worship.”

This is blatantly hypocritical of Putin. The Associated Press recently discovered that the Russian government was itself guilty of “meddling” by attempting to hack into Ukrainian Orthodox Church emails. It appears the now-infamous Russian hacking group “Fancy Bear” had been targeting Bartholomew’s correspondences with Ukraine leading up to the decision to grant the Ukrainian Church independence.

Putin is seeking to tighten his grip on Ukraine and Belarus, as well as expand Russian influence further into Eastern and Central Europe. He will undoubtedly continue to promote Orthodoxy in the process. This is simply an attempt to seduce former Soviet republics back under the sway of Russia.

The Kremlin’s use of Orthodox Christianity makes perfect sense, given religious trends in the region. Orthodox Christianity has enjoyed a marked revival in Eastern Europe in the last two decades. In nine of Russia’s regional neighboring states—Moldova, Greece, Armenia, Georgia, Serbia, Romania, Ukraine, Bulgaria, and Belarus—more than 70 percent of people identify as Orthodox, according to current Pew Research results.

This revival of Orthodoxy coincides with pro-Russian sentiment. Pew Research notes that in the nine former Soviet nations that are majority-Orthodox—except for Ukraine—more than half of those surveyed agree that “a strong Russia is necessary to balance the influence of the West.”

[M]any Orthodox Christians—and not only Russian Orthodox Christians—express pro-Russia views. … Orthodox identity is tightly bound up with national identity, feelings of pride and cultural superiority, support for linkages between national churches and governments, and views of Russia as a bulwark against the West.

Many Eastern European nations are at a crossroads between two options: increased integration with the West and liberalization, on the one hand, and alignment with Russia and authoritarianism on the other.

As Putin seeks more influence over these nations, emphasizing traditional religion serves two of his goals. It establishes a common ground between Russia and Eastern Europe, and, more importantly, amplifies the differences that Eastern Europe may have with the West—especially as the Western world drifts further away from traditional values and religion.

Putin’s use of traditional Christianity is calculated for political effect. American and European observers would do well to see through the charade. 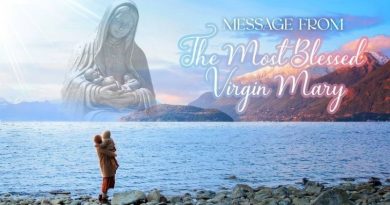 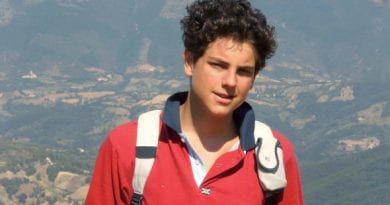 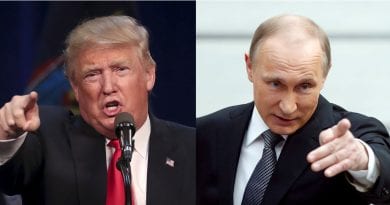 Medjugorje Message, June 2, 2019 – “Dear children, only a pure and an open heart will make it such that