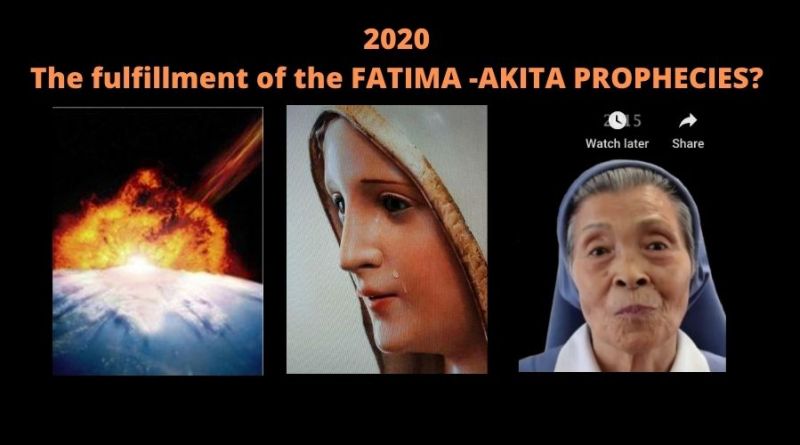 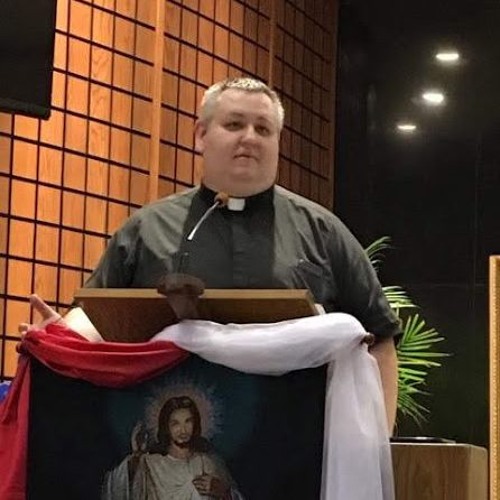 Fr. Zorjan: “This is the best video out there on the approved Catholic Church apparitions of Our Lady of Akita…the author also links Akita to the Fatima in this documentary…it’s worth your time to watch…

For the Spanish language version click on CC or Closed Captions and select Spanish.

The film The Secret of Nagasaki and the book Vigilant Catholic are  recommended to learn more.

Sister Agnes Sasagawa was visited by an angel on October 6, 2019 and experienced a miracle on September 22, 2018. Only God knows the date of the Fatima/Akita chastisement.

The purpose of this 2015 documentary (updated in 2016) is to help people become Catholic and remain Catholic. We promote the Catholic faith by explaining Our Lady’s October 13, 1917/1973 messages.

Archbishop Vigano says the same thing as a key message of this documentary writing “I wish to point out that the current crisis is not a power struggle between progressive and conservatives, between left and right…The crisis is about the fact that a corrupt “mafia” has taken control of many institutions of the Church, from the top down, and is exploiting the Church and the faithful for its own immoral purposes.

The Vatican did not release both pieces of the final part of the Fatima secret in 1960 as instructed by the Blessed Virgin. Fortunately, the 1960 secret became known 13 years later on October 13, 1973 in Akita, Japan. A key part of the secret is the mystery of iniquity would secure many of the highest positions in the Catholic Church.

The Virgin Mary’s tears are for the consecrated souls leaving and the sins within the Church. Her single hand stigmata is for people receiving communion in the hand instead of directly from a priest while kneeling before our Lord.

Praying the Rosary is a key part of the solution.

Sister Agnes Sasagawa said after watching this documentary that it is communicating information that she has wanted people to know for a very long time.

Akita and the Fatima Secret is the only documentary where you can see the first-hand participants that are still alive (e.g., Sister Agnes Sasagawa, Fr. Mueller and Mrs. Sato) along with interviews of key people who died (e.g., Bishop Ito and Fr. Yasuda).

Cardinal Ratzinger confirmed to multiple people that the October 13, 1973 message of Our Lady of Akita was essentially the same as Fatima (see 45:00 – 45:21).

Cardinal Ratzinger, Bishop Ito, and Fr. Tatasuya Shimura (the Rector of the Tokyo Cathedral) are among the people who have stated the revelations of the Virgin at Akita are exactly the same as those of Fatima (see 45:11 – 46:10 ).

Fr. Yasuda, who was sent by the Blessed Virgin to document the miracles, died with the odor of sanctity in 2013. As part of his work for God, he documented the secret society agents of Satan who sought to sow confusion (see 15:33 – 15:56 in Akita and the Fatima Secret).

As Pope Gregory the Great observed: “It is better that a scandal should happen than the truth to be suppressed.” One of the great deceptions of Satan is scandals should be suppressed to protect the Church. The long term fruit of this is bad logic is evil grows which greatly explains why many Catholics have left the protection of the Catholic Church.

This is a Teach Peace Foundation documentary. 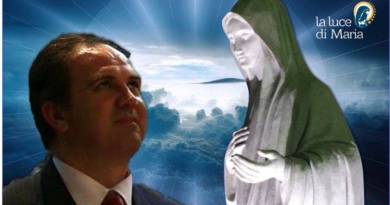 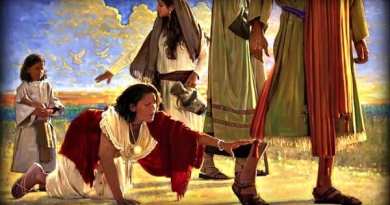 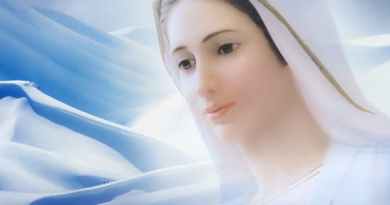 Please Visit Tear of Joy.org Message: “My precious little ones.  On this day I bestowed a special blessing upon all those

Before Election Should We Place the Divine Mercy Image on Door of Home for Protection? – Fr. Mark Goring: “A call is being made”

“Dear children, My Son as God has always looked beyond time. I, as his mother, see through him through his time. I

Vatican Exorcist Gabrielle Amorth (RIP): Celebration of Halloween is to give the devil a glimpse of that person!