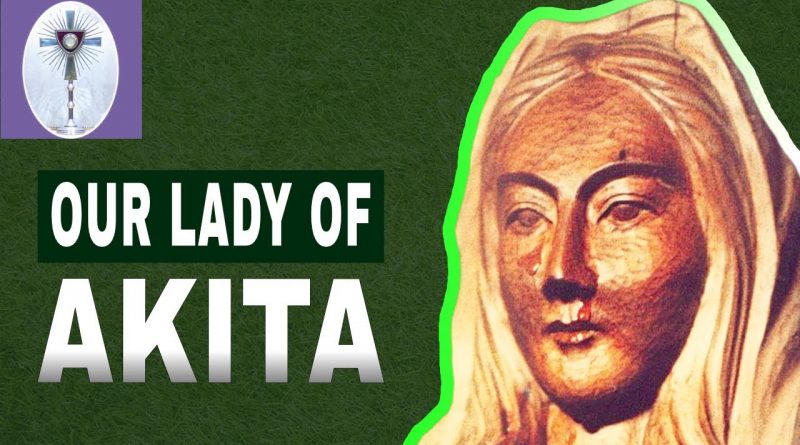 Our Lady of Akita. The Blessed Virgin Mary associated with a wooden statue venerated by faithful Japanese who hold it to be miraculous. On April 22nd, 1984 the Bishop Ito authorized the devotion to Our Lady of Akita in his diocese. The image is known due to the Marian apparitions reported in 1973 by Sister Agnes Katsuko Sasagawa in Akita, Japan. According to Sister Agnes Sasagawa, the Virgin Mary taught her to pray after each mystery of the Holy Rosary the prayer that She had taught to the three little shepherds at Fatima: “Oh my Jesus, forgive us our sins, preserve us from the fire of hell and lead all souls to heaven, and especially those most in need of your mercy”.

Akita Apparitions: The first message received by Sister Agnes Katsuko Sasagawa on June 6, 1973, was a call for prayer and sacrifice for the glory of the Father and salvation of souls. The second message, August 3, 1973, was for prayer, penance and courageous sacrifices to soften the Father’s anger.
The third message on October 13, 1973, the actual anniversary of the final visions and miracle of Fatima is as follows:

“As I told you, if men do not repent and better themselves, the Father will inflict a terrible punishment on all humanity. It will be a punishment greater than the deluge, such as one will never have seen before. Fire will fall from the sky and will wipe out a great part of humanity, the good as well as the bad, sparing neither priests nor faithful. The survivors will find themselves so desolate that they will envy the dead. The only arms which will remain for you will be the Rosary and the Sign left by my Son. Each day, recite the prayers of the Rosary. With the Rosary, pray for the Pope, the bishops and the priests. The work of the devil will infiltrate even into the Church in such a way that one will see cardinals opposing cardinals, and bishops against other bishops. The priests who venerate me will be scorned and opposed by their Confreres. The Church and altars will be vandalized. The Church will be full of those who accept compromises and the demon will press many priests and consecrated souls to leave the service of the Lord.
“The demon will rage especially against souls consecrated to God. The thought of the loss of so many souls is the cause of my sadness. If sins increase in number and gravity, there will no longer be pardon for them.”

The Apparitions of the Blessed Virgin Mary in Akita, Japan,
to Sr. Agnes Sasagawa 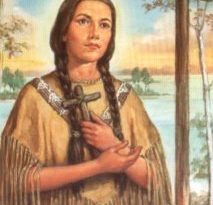 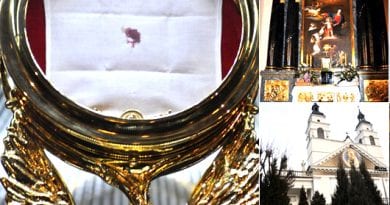 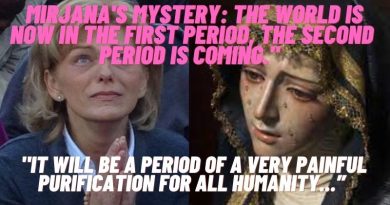 VLADIMIR Putin has ordered drills involving Russia’s nuclear forces in which they simulated a massive strike on the West. The