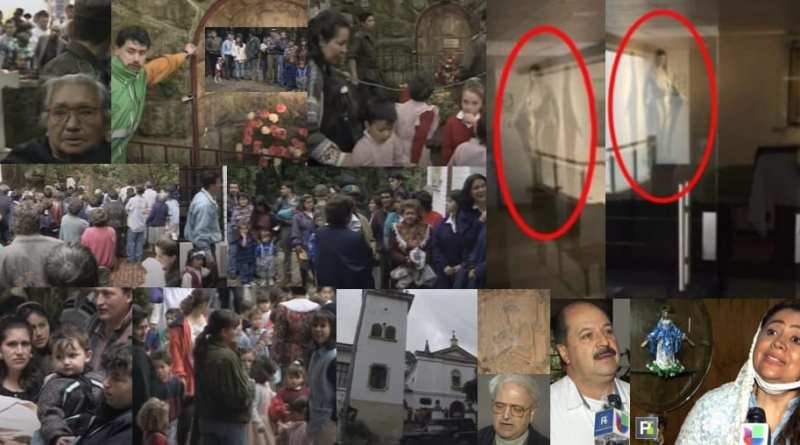 – THE TRUE CROWN OF THE LAYPEOPLE

On July 21 (2015), in Colombia, the Virgin Mary was reported by the Catholic laypeople parishioners to have appeared at a small shrine of “Jesus with the Crown of Thorns” just outside the (Roman Catholic) church building, however, still within the church premises.

The Virgin Mary was described to be standing beside the stone image of the all-white “Jesus with the Crown of Thorns”.

And then the believers, by the hundreds to the thousands, began to flock at the “Crown of Thorns” apparition site to pray and express their unity in belief of Mother Mary’s love for the “Child Jesus” (represented by the youth).

The common people’s apparition reports were reported by the Associated Press (a non-profit American news agency), and they interviewed the elderly (Roman Catholic) parish priest while inside the church building away from the crowd of Marian devotees.

However, the man privileged with the top-rank in the world seemed to have expressed certain doubts on whether the apparition stories of the younger parishioners were true.

Then after the further spread of the coronavirus, that on May 12 (2020), the Virgin Mary (statue) was reported to have allegedly appeared to coronavirus patients in the Queen Sophia hospital in Bogotá (Colombia),

The Colombian television program (Primer Impacto of Univisión Network) reported the alleged apparitions; that a doctor took the images at the end of his night shift, when he noticed a figure in unusual places.

The photos showed the transparent Virgin Mary (statue) in the hospital’s chapel and another at the corridor; while the employees say that Our Lady visits the sick.

In the article of Church Pop, a Catholic layman said that he is certain that it is the Virgin Mary; and he also defended the claims of the people at the clinic as he said: “She largely manifests herself…”

Then a Catholic laywoman, Maria Francia, the director of “The Little House of the Virgin”, said:

“You cry a lot because she cries. She is visiting the sick in the world of coronavirus, because it hurts her. She is our loving mother”.

Although skeptics say that the pictures are but the Virgin Mary (statue) reflected on a glass (and has a shadow), meanwhile, Primer Impacto spoke with a photographer who explained:

“It is evident that the clinic’s chapel is surrounded by glass, which becomes a reflective surface; but if there were no Virgin Mary in the chapel (and in the hallway), we would be clearly talking about apparitions.”

The hospital’s chapel did only have the crucifix image of the “Crucified Jesus”, and there was no Virgin Mary (statue) image inside or in any other location in the clinic.

However, the reports of the “The Little House of the Virgin” and hospital staff and their patients (whom were all laypeople of the Church) then remind the people that “Mother Mary” became “visible”, and is always close in people’s needs, especially during the coronavirus epidemic.

The reported apparitions of the Virgin Mary has always been controversial to both the minority (Roman Catholic) clergy and the majority Catholic laypeople, since the locations were mostly outside the designated (Roman Catholic) church buildings & properties (where priests consecrate the host to become the body of “Jesus” at Mass).

Meanwhile, devotions to pray the Holy Rosary (prayers) has spread among the faithful at reported apparition sites.

However, the masses of the “majority Catholic laypeople” begin to believe to represent (transfigure and transubstantiate) the second coming of the mystical body of “Mother Mary with the Child Jesus Christ”. 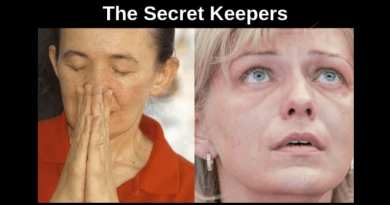 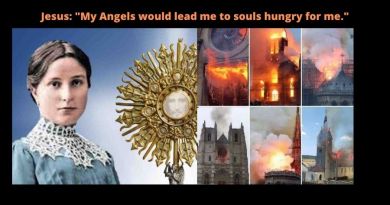 3 December 2018 Our Lord of Guadalupe, according to your message in Mexico, I venerate you as “the Virgin Mother