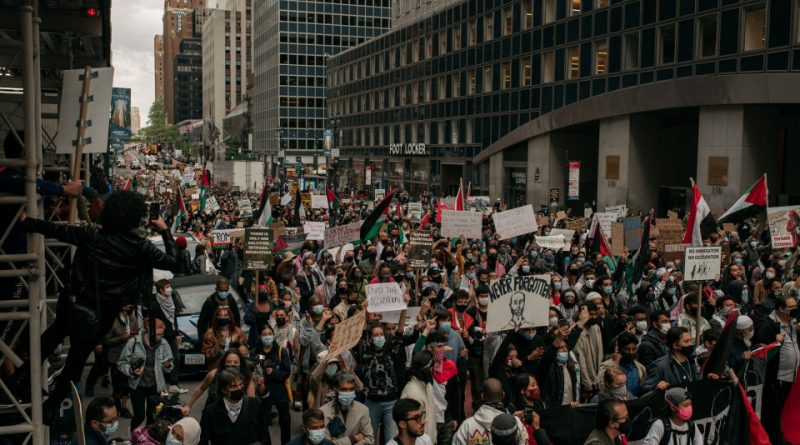 ISRAELI and Palestinian protesters violently clashed in New York City on Tuesday as demonstrations erupted across the US and cops struggled to separate the warring crowds.

Scuffles broke out outside the Israeli consulate in Manhattan yesterday evening as hundreds gathered to protest deadly attacks in Gaza and Tel Aviv that have left at least 55 dead.

Crowds of demonstrators were seen waving the Palestinian flag in support of ending the Israeli occupation of the West Bank.

A group of pro-Israel counter-protesters also descended on the consulate.

Tensions quickly boiled over, with the two feuding groups trading chants and insults, with some of those confrontations resulting in punches being thrown.

Footage posted to social media showed a series of skirmishes breaking out in the middle of the street.

One man was pictured pictured covered in blood after he was struck with a chair during the fierce confrontation.

A small number of people from both sides came together and attempted to have a peaceful dialogue, though their efforts were largely drowned out by screaming, CBS2 reported.

“I just want peace I don’t want there to be violence anymore. I don’t want kids to die. Moms to die, families to die, lose their homes,” on Free Palestine protester told NBC-NY.

The New York Police Department said there were no arrests in Tuesday’s demonstration.

Elsewhere in the country, demonstrations also took place in Washington DC and Los Angeles, as hostilities between Hamas and Israel violently boiled over across Tuesday night and into Wednesday morning.

In DC, large crowds of pro-Palestinian gathered in front of the State Department building, joined by Democratic lawmakers Rashida Tlaib and Andre Carson.

In her address, Tlaib said Israel’s “racist” approach against Palestinian civilians in recent days was unacceptable and the Biden administration’s support for Israel had turned into an oppression of Palestine.

“Enough,” she told the crowd.

Meanwhile, in Los Angeles, a crowd of pro-Palestine protesters exceeding 100 gathered outside the city’s Israeli consulate.

“You can see Israeli aggression especially in Northern Jerusalem and Gaza,” protester Sami Wassef told the Los Angeles Daily News. “Houses are being confiscated and families thrown out.” 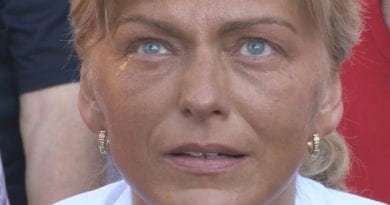 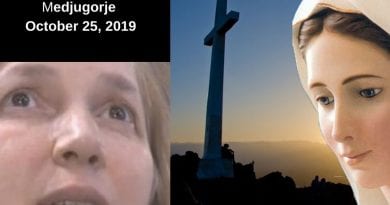 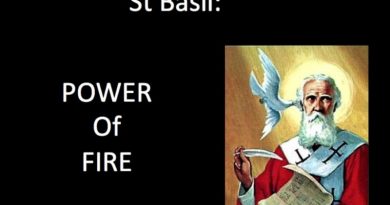